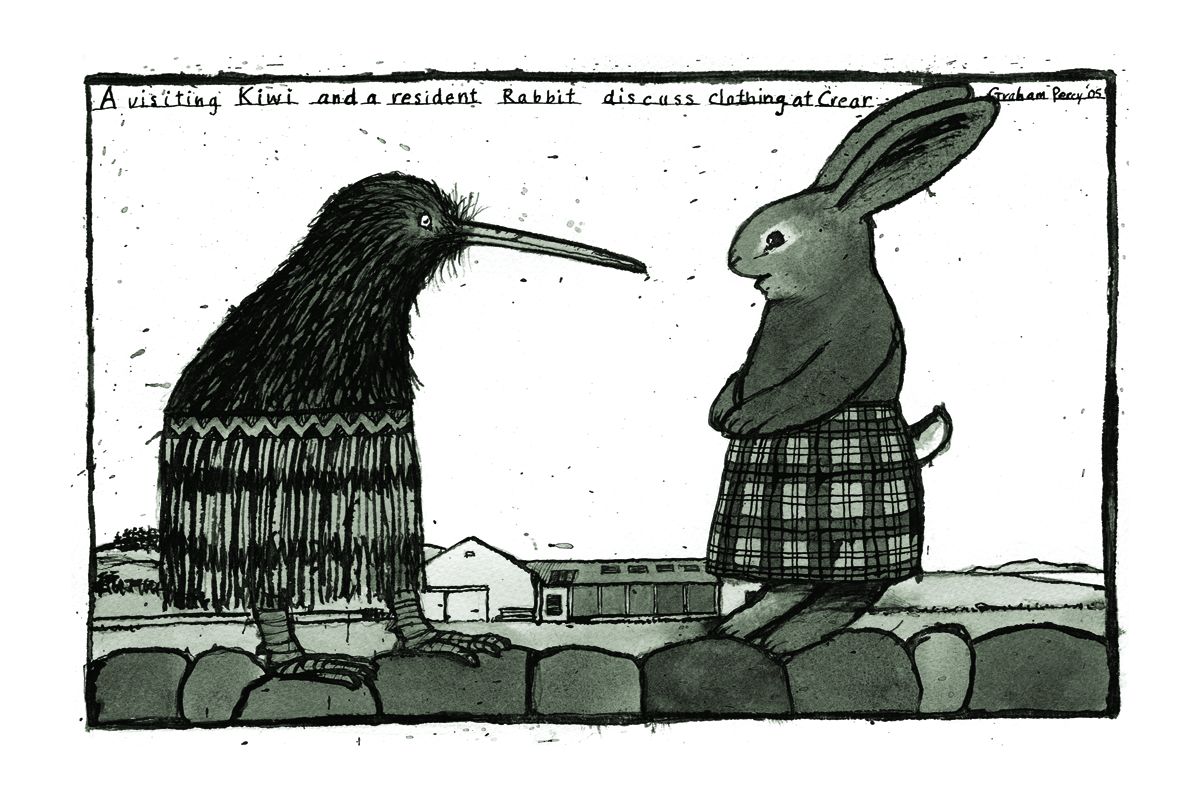 During the first week that I ever spent at Crear, I was out and about most of the time drawing. I sometimes think that the world of art is made up of drawers and painters. For the painters, a drawing is something made in preparation for a painting - which is the finished work. For me, as a drawer, the drawing is the finished work and complete within itself. Maybe because for most of my professional life I've been an illustrator (of children's books), I find a strong link between drawing and story-telling.

By chance, during those first days of drawing in and around Crear, I happened to have a handful of postcards from the Hermitage in Leningrad tucked into the back of my sketchbook. It was this maybe the juxtaposition of these aristocratic portraits wiht the landscape and seascape in front of me, that first gave me the idea of Imagined Histories. So, although the Argyll coast is rich in real historical stories, I now - like an illustrator, began to weave made-up stories into my drawings.

Inspired by all the events and activities at Crear involving musicians, writers and visual artists, I have gone on to depict great names from the past in those fields magically coming to life in and around Crear - the perfect place for such magic to happen!

Though born and brought up in New Zealand, he has deep family roots here in Scotland. There are many Edinburgh fold and others in Scottish coastal villages in his family tree going back to the mid-eighteenth century.

Whenever he crosses the border, he feels he is coming home. On the other hand, once driving through torrential rain in the high, wooded hills between Crear and Glasgow, he felt as if he was back in the north island of New Zealand!