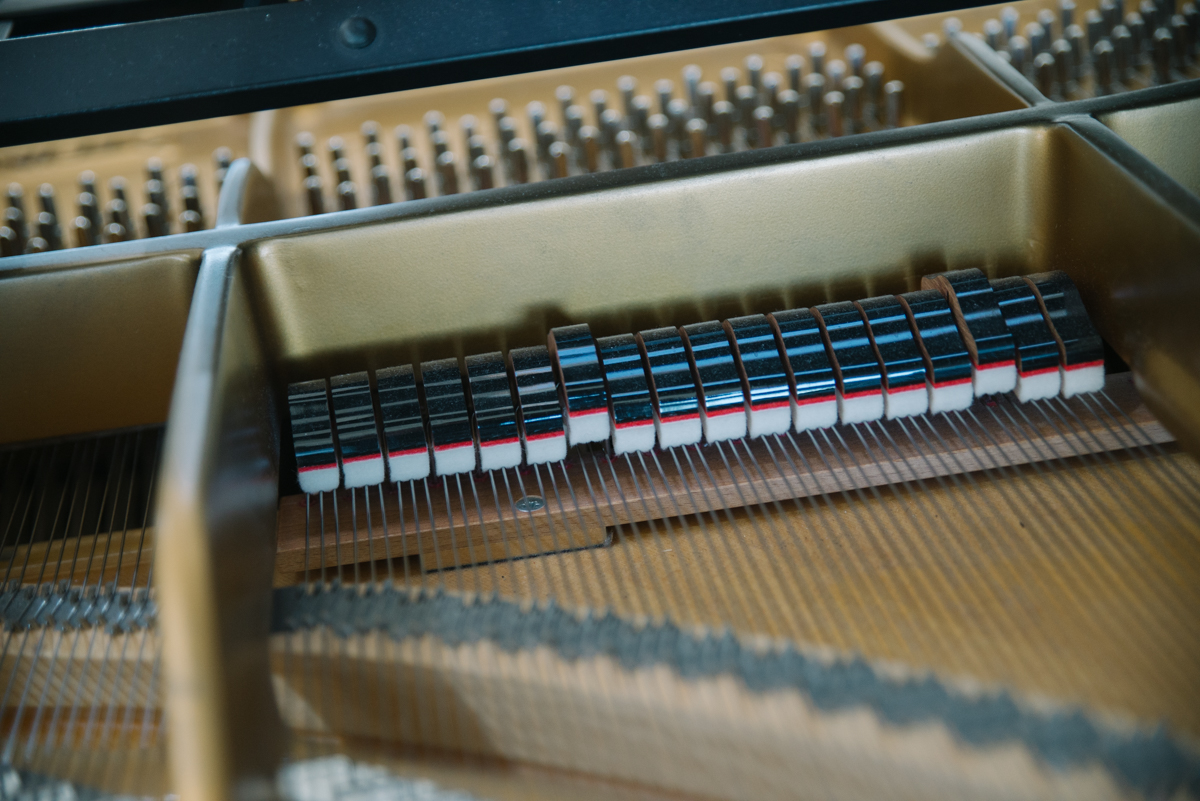 Tickets in advance: £20 including refreshments.

School children have free entry however please reserve a place.

POULENC : Novelette No 1 in C major

Steven Osborne’s standing as one of the great pianists of his generation was publicly affirmed in 2013 with two major awards: The Royal Philharmonic Society Instrumentalist of the Year and his secondGramophone Award, this time in the Instrumental category for his recording of Mussorgsky Pictures at an Exhibition and solo works by Prokofiev. Previous awards include a 2009 Gramophone Award for his recording of Britten’s works for piano and orchestra, as well as first prize at both the Naumburg International Competition (New York) and Clara Haskil Competition.

In the UK he works regularly with the major orchestras, especially with the London Philharmonic, City of Birmingham Symphony, BBC Symphony and BBC Philharmonic Orchestras. He is currently performing the complete cycle of Beethoven Piano Concertos with the BBC Scottish Symphony partnered with Andrew Manze. He has made eleven appearances at the Proms, most recently in August 2012 when he performed the Grieg Piano Concerto with the BBC Philharmonic Orchestra under John Storgårds.

During 13/14 he will have a five-concert residency at Wigmore Hall, “Spotlight on Steven Osborne”, with repertoire ranging from Beethoven, Ravel, Rachmaninov and Prokofiev to Tippett. He performs Turangalila with the London Symphony Orchestra / Jonathan Nott at the Barbican and with the National Orchestra of Spain / Josep Pons. Elsewhere he performs the Britten Concerto with the Goteborg Symphony/Hannu Lintu, Singapore Symphony, Adelaide Symphony and Tokyo Metropolitan Symphony Orchestras. He performs with the Orchestre Philharmonique de Strasbourg (Mozart), City of Birmingham Symphony (Mozart), Fort Worth Symphony (Beethoven), gives a recital tour of Italy and ends the season with his third visit to the Aspen Music Festival.

Steven Osborne has won many awards for his 19 recordings on Hyperion. In addition to the two Gramophone Awards (2009 & 2013), his recording of Rachmaninov’s 24 Preludes was short-listed for a 2009 Gramophone Award and won a Schallplattenpreis whilst being chosen as “Editor’s Choice” in Gramophone, BBC Music Magazine, International Record Review, Musical Opinion and The Daily Telegraph: “This is outstanding Rachmaninov playing of acute perception, discretion and poetic sensibility, limpid, powerful and luminous in equal measure.” BBC Music Magazine May 09. His double CD of works by Tippett was nominated for a BBC Music Magazine Award and his CD of Messiaen’s complete Vingt regards sur l’enfant-Jésus was also nominated for both a Gramophone Award and a Schallplattenpreis in Germany. His double CD of Ravel’s complete music for solo piano was shortlisted for a 2011Gramophone Award. Other recordings include solo works by Debussy, Alkan, Liszt, Kapustin and Messiaen's Turangalîla Symphony with the Bergen Philharmonic conducted by Juanjo Mena (2012).

Born in Scotland in 1971, Steven Osborne studied with Richard Beauchamp at St. Mary's Music School in Edinburgh and Renna Kellaway at the Royal Northern College of Music in Manchester. 2013/14